Posted on July 31, 2017 by blackwatervalleycountryside

Two years ago, we here at Blackwater Valley set about repairing a nesting box for our local Shelduck community, an amber status bird native to the UK. Recently, we have discovered confirmation that the box has been used by the birds to nest although we do not know if they successfully raised any chicks. 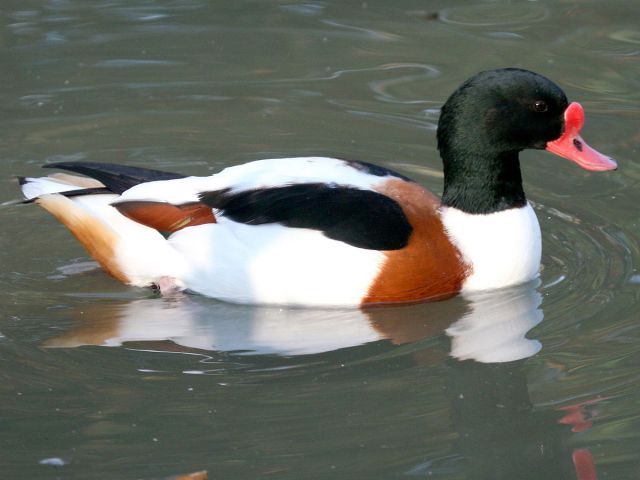 Shelducks are typically found in coastal areas however they have been known to venture towards inland waters such as Moor Green Lakes. They can typically be seen year round in the UK although your best chance to spot one is in the winter. However, they do burrow underground on islands to nest so bring binoculars.

The Common Shelduck is listed under the RSPB as an amber alert bird and so it is of great value to our sites. Whilst the Shelduck population has been falling since the mid-1990s, long term trends suggest a probable rapid increase. Good news for the Shelduck!

Keep an eye out for these colorful creatures, hopefully, we’ll be seeing more of them.

The Blackwater Valley is located on the borders of Hampshire, Surrey and Berkshire and runs for approximately 30km from the source near Aldershot, northwards to Swallowfield. At its confluence it joins the rivers Whitewater and Loddon. The Loddon eventually flows into the River Thames near Reading. Work in the Blackwater Valley is co-ordinated by the Blackwater Valley Countryside Partnership on behalf of the local authorities that border the Valley. Despite being surrounded by urban development the Valley provides an important green corridor for local residents As well as the Blackwater Valley Site of Special Scientific Interest (SSSI) and a small part of the Basingstoke Canal SSSI, three nature reserves within the Valley catchment and many other areas have been recognised for their ecological importance. The local planning authorities covering the Valley have designated 31 other areas as ‘Wildlife Sites’.
View all posts by blackwatervalleycountryside →
This entry was posted in Conservation, Education, Moor Green Lakes, Wildlife and tagged birds, Nesting Birds, Shelduck. Bookmark the permalink.